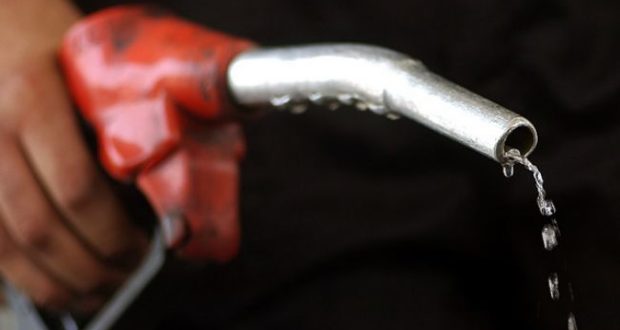 Stockpiling supplies for an emergency is at the very core of survival. Unfortunately, though, not everything stores well, especially when we’re talking about months and years. Most food items don’t store well, but we are able to make up for that by the way we preserve and package them. Other items aren’t quite as easy.

Gasoline is one of these items. I think we all would agree that a good stockpile of gasoline will be extremely valuable in just about any survival scenario. The problem is in finding a way that we can store gasoline without it going bad.

Gasoline is not a simple chemical substance, such as ethanol or citrus acid. It’s a mixture of a number of different hydrocarbons, with the actual carbon ranging from four to 12 in a single atom. The fractional distillery which refines gasoline from petroleum also mixes in various additives, intended to help a vehicle’s performance.

Most of the chemicals in gasoline are highly volatile. Contrary to popular opinion, this doesn’t mean that they burn easily, but rather that they evaporate easily. It is the gasoline vapor, not the liquid gasoline, that we burn.

Typically, the most volatile parts of the gasoline mixture are also the most reactive or most flammable. As gasoline sits, these volatile parts evaporate, leaving the less flammable parts in place. While an internal combustion engine will still burn those parts and work, some efficiency will be lost.

The second thing that can go wrong with gasoline is that certain parts of it will oxidize, mixing with oxygen in the air to form new compounds. These new compounds are not as reactive as the original ones and, in fact, can cause problems in an engine. These new compounds congeal together, forming particles of a gum-like substance that can plug injectors and fuel filters. Fortunately, these are visible and filterable from the gasoline. They also cause the smell of the gasoline to change to a distinctly sour one.

Finally, the third culprit in the process of making gas go bad is water. The heating and cooling of the gasoline causes water to condense on the inside and outside of the container. The water condensation then mixes with the gas, reducing its reactivity. In recent years, ethanol has been added to gasoline, in order to extend gasoline supplies. Typically, the gasoline we buy is 10 percent ethanol, or grain alcohol.

Chevron states on their website that adding ethanol to gasoline has no discernible effect on its life expectancy. However, ethanol is known to draw water out of the air, so it would seem that gasoline augmented with ethanol would absorb more water than pure gasoline would.

To start with, gasoline needs to be stored in truly airtight containers, whether metal or plastic. I prefer metal myself, as plastic containers can allow some small amount of oxygen to pass through. Generally speaking, the seals on plastic containers are made of plastic and there is a mold line running right through the sealing surface. Metal containers, on the other hand, do not have a mold line to contend with and use rubber seals.

During World War II, one of the ways that gasoline was shipped to the South Pacific was in five-gallon Jerry cans. Even with months of storage and shipping, the gas wouldn’t lose any of its potency. I use a 55-gallon drum, which seals tightly and has a non-sparking brass valve. The bung has been reinserted in the hole with Teflon tape to ensure that there are no air leaks.

Dependable Backup Power Direct From The Sun (No Gasoline Needed)

The fuller the container is, the less air there is in it to react with the gas. This will reduce the possibility of evaporation, oxidation and water contamination. However, a gas can should not be filled completely because some space needs to be left for expansion of the gas when it is hot.

It is safer to store gas outside the home, perhaps in a shed. But it is better for the gas if you can store it in a cool, dry place. The more consistent temperature will eliminate the expansion and contraction of the gasoline, allowing the container to be filled more. This also will reduce the likelihood of condensation by not allowing the gas to get cold enough to cause it.

Extending The Life Of Your Gasoline

Gas additives, such as Sta-bil, work well to extend the life of gas as well. They claim that they can add an additional six months to the life of the gas, without any other additives or change. Sta-bil works by replenishing chemicals that may have evaporated from the gas, and also reduces oxidation.

Another aid in storing gas for prolonged periods of time is to rotate your stock. Every month use five or 10 gallons of your existing stock and replace it with fresh gas. That ensures that you always have fresh gas on hand.

Finally, always be sure to filter any old gas, when using it in an internal combustion engine. That will allow you to remove any of the oxidized solids which have formed in the gas. This one step can make it possible to use gas that otherwise wouldn’t be usable.

What advice would you add on storing gasoline? Share your tips in the section below: